The World Is Broken

One Word At A Time

I may be violating some unwritten cyber-commandment when I say that Batman has become so over-rated.

Why do I say this?  This is due to the complete over saturation of Batman in our current culture and his abilities becoming completely overcompensated so that he (for example) can go toe-to-toe with Darkseid.  Batman seems to know everything at all times and is more capable than any of the other justice league.  He’s also one step ahead of everyone in every situation.

I get it DC, you simply lack the ability to pull off any other hero on the big screen. 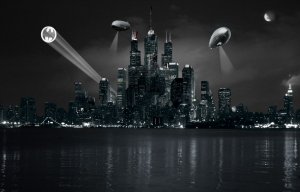 Though I am excited to see the next incarnation of Bruce Wayne.

… Ben Affleck is going to be the new Batman?… uhh that’s a discussion for another day.

The next man to play Bruce Wayne, and I use the term man loosely, is David Mazouz.

This post is not about the upcoming Superman vs Batman with Batfleck.  My excitement for that was last sighted sinking deep into the Marianas Trench.  All hope for that movie turning out interesting has forsaken these lands.

Early last year I heard rumblings that there was a batman prequel TV show in the works.  It was going to be a show that showcased the early years of Bruce Wayne and the other Gotham-based villains through the eyes of up and coming future-commissioner Gordon.  I thought this was just a money grab trying to ride the Nolan trilogy’s coat-tails and didn’t invest much into it.

Today I watched the trailer.

This show has the potential to give the viewing public some real substance.  Without the flashy tights, quirky gadgets, and over the top villain persona’s we have an opportunity to have to real intense and emotional interaction with countless characters from Batman’s mythos.  We get to see the insanity before they became cartoon characters, and with good story telling it can make for very compelling television.

I feel as though Batman was also a very good serial if you wanted to discuss psychology.  This could be due to the presence of Arkham Asylum and how most inmates don’t get arrested, but committed for “help.”  Batman’s edge of the other DC heroes is that many of his villains started out pretty sane (ish) and that there was a visible submission to their psychosis that made them the super villains they become later in life.  If this show can highlight their transformations, it has me excited.

The trailer teases that Selina Kyle is in the scene as is Edward Nygma and Oswald Cobblepot.  (I hope you don’t have to look up who these people are, otherwise I lower my head at you.)

The casting looks top notch. David Mazouz taking the mantle as the grieving Bruce Wayne who just lost his parents.  Showcasing his initial psychological descent into the bat.  I think it was a brilliant choice just from seeing David’s work in the now-cancelled series “Touch” where he played an autistic kid who could see more to in the world around him and how everything was connected through numbers.

Robin Taylor selected to play Mr. Cobblepot is a great choice as well.  From looking at the trailer and then realizing that this was the bratty, privileged son from “Would You Rather? (very underrated horror movie that I watched simply because Sasha Grey was in it 😉  But ended up being quite satisfied by the narrative… even though a great deal of it was a bit too far-fetched.)  I am incredibly looking forward to seeing how he plays this character.

They even got the little girl from Sinister to play Ivy.

The real gem that I have to mention is Gordon himself.  Benjamin Mackenzie is the kid that a lot of people will probably only remember from the O.C.  That’s where I originally seen him, and although I am not going to publicly oust myself as a fan of the O.C, there was a circumstance that made me watch a few seasons and his acting was quite green but one of the saving graces of that show.

From the extended trailer I see that the character is in good hands and I like how the world is being portrayed.  If the show lives up to the promise I see in that trailer it’s going to be something that will be worth tuning into.

If you haven’t seen this trailer, you need to.  Go, go now!